This Appalachian Trail blog post documents my thru-hike of the AT in 2015. The Appalachian Trail was the start of a new chapter for me, going through my notes from the trail brought back special memories.  I decided to revamp my notes, include some new anecdotes and release it as a singular post. It’s full of gaps and full of emotions. It’s raw and from the heart.

The first night on the Appalachian Trail and we were thrown in the deep end. Below freezing temperatures, heavy frost and a smattering of snow. I fell asleep in my sleeping bag shivering, wondering what on earth I’d gotten myself into. It got better. Within 5 minutes back on the trail the next morning we witnessed what the dusting of snow had done to the forest. It had transformed the trail into a winter wonderland at the beginning of March. We hiked on to warm ourselves, laughing together to stay positive. 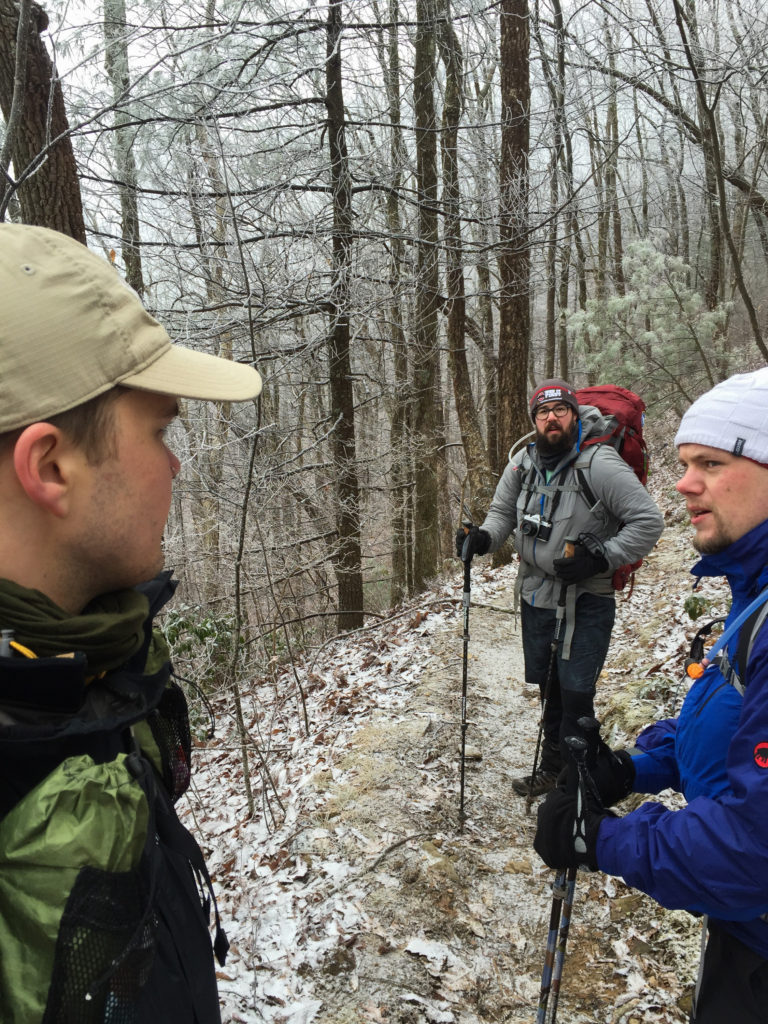 Ten days later we’d hiked through heavy rainstorms, hiking in shoes that had been wet for two days. We’d also gone through a case of beer or two. 110 miles completed on the Appalachian Trail, we’d crossed into North Carolina from Georgia. That first state border crossing will forever be fixed in my mind.

I’d already made friends I felt I’d known for years. Several times I had spontaneously burst into tears of joy. Attempting something I’d had my heart set on. I was fed by complete strangers simply because I was on an adventure of a lifetime and they wanted to help. I’d laughed so hard and smiled so much and I was only two weeks in.

500 Miles Into the Appalachian Trail

Dealing with aches and pains on a daily basis. The first steps leaving the tent in the morning felt like stepping on needles barefooted. We walked on, it got better.

We finally earned our trail legs, able to tackle steep hills without slowing down. Hiking twenty miles in a day became achievable. 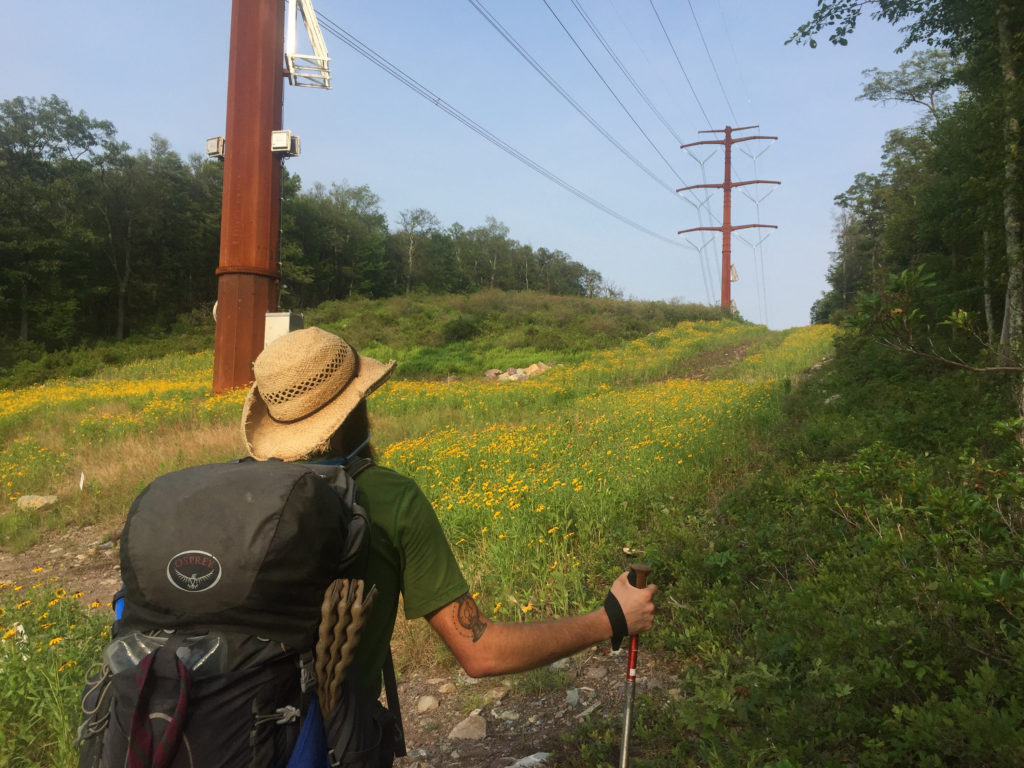 I was missing friends and loved ones. I missed good cups of coffee and home-cooked food. I missed my motorcycle but was settled into the rhythm of moving at the speed of my own two feet. I didn’t miss much else. Living out of a backpack for six weeks had already begun to change my attachment to “stuff “.

Despite many rough days, there wasn’t a single moment I’d wanted to quit.

1200 Miles Into the Appalachian Trail

We were finished with Pennsylvania and happy to be so. The trail in Pennsylvania is famously rocky and although we knew about it, it still tested our fortitude. We were unfortunate to have heavy rain and thunderstorms throughout the state. Washed out and flooded trails were a daily occurrence.

Hiking over sharp rocks and through boulder fields was as mentally tiring as it was physically and at the end of each day, I was mentally done with the hike. Forces combined to make it one of the most difficult sections.

We then passed into New Jersey which was shortly followed by New York and Connecticut. Morale lifted. I felt physically strong and excited to get closer to the end goal, the elusive Mount Katahdin. I was nearly two-thirds of the way done with the Appalachian Trail and what an adventure It had been.

It Got Hot, Really Hot

85 Degrees Fahrenheit and 80% humidity. I knew all the Ultralight Backpacking tips, I’d prepared for cold temperatures at the start of the trail. I didn’t consider that the summer heat would be the hardest thing for me about the hike. The heat and humidity sapped my energy. Everything I owned was infused with sweat and never got the chance to dry. Snickers’ bars melted. I ate them anyway. 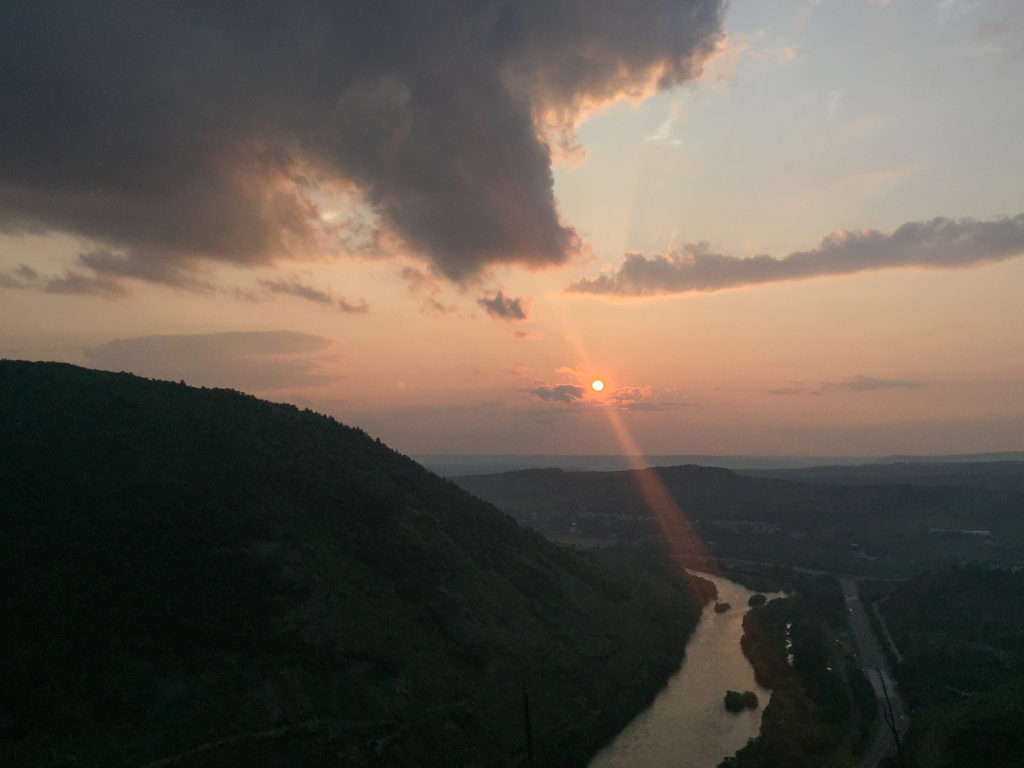 I’d applied for a visa extension and it was a huge fiasco. Two applications were rejected due to technicalities with the paperwork. Everything was made worse by sporadic access to the internet. It was impossible to speak to a real human being when I called for help. I thought I would have to quit the trail over a technicality.

It sucked, I was over it. I wanted to go home but I didn’t.

So many things were going right. I was fit and healthy and able to eat Ben and Jerrys’ with zero guilt. We had even found a hotel with a swimming pool and a sauna, heaven for a hiker. I went skinny dipping in a waterfall but I won’t share that photo.

Six months and ten days previously I’d left from Springer Mountain heading north. On the fifteenth of September 2015, I climbed to the summit of Mount Katahdin. Completing my 2189 mile thru-hike of the Appalachian Trail. 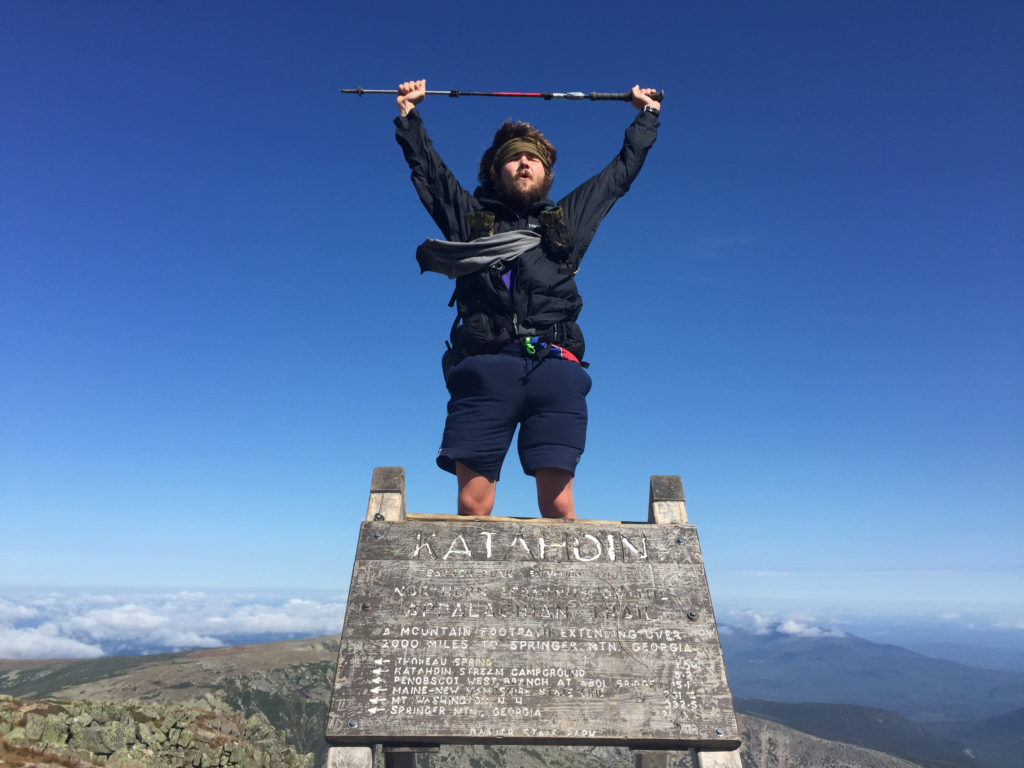 Along the way, I met some truly wonderful people, some that would continue to be life long friends. I’d done my research and thought I knew what I was getting myself into. However, you can never really understand something until you undertake it. The sense of achievement was incredibly high. It didn’t settle in for weeks that the hike was over.

To those that are thinking of thru-hiking, I say yes and yes again. Don’t settle for a lifeless adventurous.

To see what gear I used on the Appalachian Trail checkout the cringeworthy first video I made on Youtube.

If I can help in any way, please comment below, I’d be honored to help.