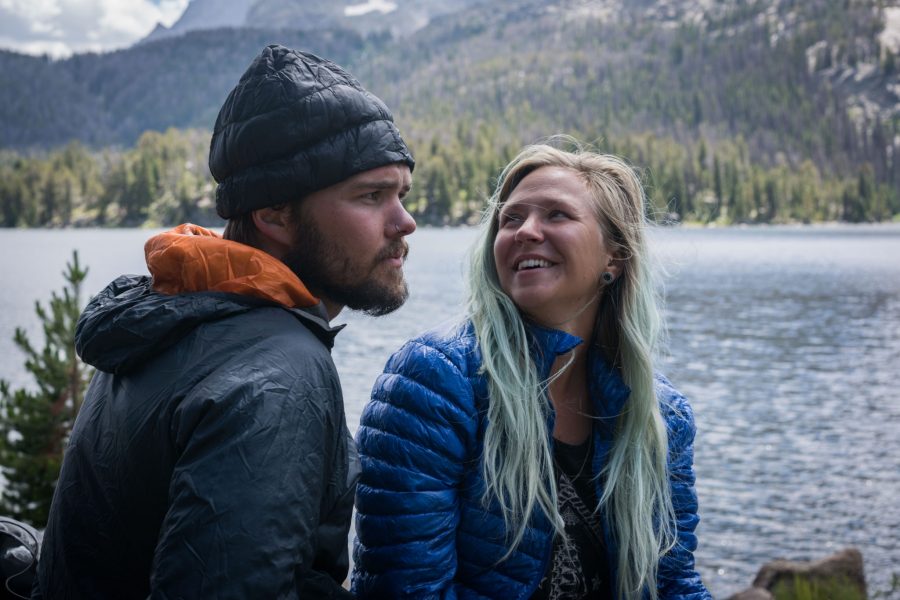 The Blackrock Gear Original is an ultralight goose down option when you need serious warmth for your noggin.  Blackrock Gear provided me with the down hat for testing on my thru-hike of the Continental Divide Trail in 2017. After using it every day on the hike and further testing here in Finland, it’s time for a review.

When Blackrock offered to send me one of their down hats I was excited to give it a test. Blackrock Gear is a small cottage gear company based out of Seattle. Since 2009 they’ve grown a passionate following in the ultralight backpacking community for their high end down products. They offer a few different hat options as well as down mitts, balaclavas, and other accessories. The “Original” is there flagship model that started it all

Good gear makes for a good hike. From my thru-hike of the Appalachian Trail in 2015, a lot of my gear changed for the Continental Divide Trail in 2017. I was happy with most of my gear for the AT but ultralight backpacking gear is constantly evolving and it’s a good time to be a gear geek. The “Original” played an important role in my layering system for the CDT. It packs down small and stuffed inside a jacket pocket it completely disappears.

When hiking at elevation or in the early mornings the “Original” was always on my head. In the evenings It would go back on and I would usually sleep in the hat. After 2700+ miles I was pretty impressed. The down had lost some of its loft, due to oils and dirt from my hair effecting it over such a long time. Otherwise, the hat was in great shape and had kept me warm on the coldest of nights.

After performing well on the CDT the Blackrock Gear down hat had earned its place on my gear list. After washing the hat as Blackrock recommends I was impressed by how well it recovered its loft. It was like brand new.

Blackrock Gear Original in the Snowy Winters of Finland

The next challenge was using the original during the often cold and snowy winters in my adopted country of Finland. It worked well in colder conditions where the snow was dry. However, the enemy of all down products is moisture. I found that if I tried to hike whilst it was snowing then the hat would quickly “wet out”. Especially when the temperature was hovering around freezing point and the snow was wet. Any snow that settled on the hat would melt from my body heat and soak into the hat. Once the down was wet it was pretty much useless and then difficult to dry until I got back home. For summertime, away from rain or snow, this isn’t an issue but in wet, winter conditions it’s better to have a fleece or wool hat.

Why Not Just Use a Fleece or Wool Beanie Instead?

With a price point of 70 dollars, I feel this is a valid question. Previously on all my outdoor adventures, I’d used either a lightweight fleece beanie or something made of merino wool. Good fleece options can be found for next to nothing and merino wool options are still not as expensive as the Original. Below is a quick comparison of the Blackrock Gear Original, a cheap fleece beanie (similar product on Amazon) I’ve used for years and a quality Merino/Polyamide hat from Altitude.

Some of my go-to hats

As you can see the numbers are quite varied. The Original is less than half the weight of the other two options but costs considerably more. Regardless of the specs the Blackrock Gear Original definitely has the best weight to warmth ratio of the group. This really is the determining factor when looking to make a purchase. Do you want the lightest product with the best warmth to weight ratio and are you willing to pay for it? In that case, the Original wins hands down. If you’re on a budget then the fleece option will get the job done at a fraction of the cost.

The comfortable headband of “The Original”

The Blackrock Gear Original is a high-quality piece of clothing and despite its high price, it has a place in my summer gear list. If you have the money to spend on a quality down product and are looking for a hat with the best warmth to weight ratio on the market then this is the hat for you. You can pick one up here, tell them Pie sent you. Cheers

For more of my hiking gear reviews click here

Disclaimer – This post contains affiliate links. By clicking through and purchasing something you help support the work I do with pieonthetrail and it costs you nothing extra.