A Different approach on the PCT – Finishing the Triple Crown 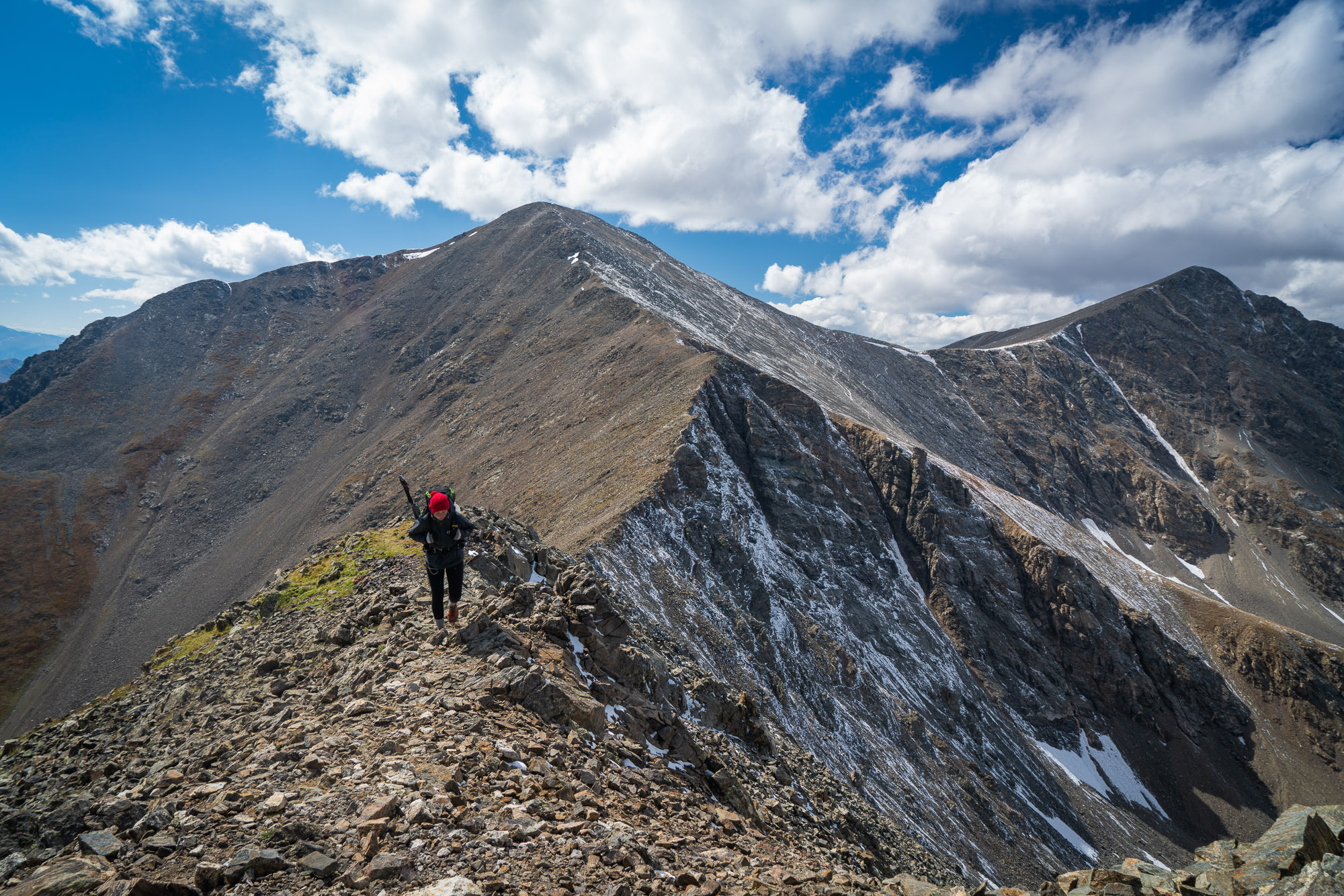 Thru-hiking is an evolutionary process. I thought I knew it all when I headed out on the Appalachian Trail in 2015. However, experience is the best teacher and I learned a lot. On the Continental Divide Trail in 2017 I faced a very different set of challenges but managed to “embrace the brutality” and learned even more. I’ll be taking a different approach on the PCT when I attempt to finish the Triple Crown.

** This post was originally released HERE on the trek.co **

I’ll be Hiking with my Fiancee

There are many different on the PCT but the biggest change is that I’ll be hiking with my fiancee. The PCT will be her first long-distance thru-hike. She’s experienced on shorter trips and in 2016 we hiked the Annapurna Circuit in Nepal but nothing compares to thru-hiking a 2000+ mile trail. Michelle is aware of what goes into a long-distance hike and she’s going to crush the PCT but it will change my hike in a few ways:

Our approach to gear will be different for the PCT: We’ll be able to share some equipment such as cooking gear, first aid kit, and other small essentials. The biggest change is that we’ll be splitting a two-person shelter and using a two-person sleep system. Depending on which gear we settle on we should be able to save some weight, which is always nice.

I’ll have to be more considerate of the fact that I have a hiking partner: On the AT and CDT I was hiking in a group but did whatever I wanted. I could take a break whenever I wanted and hike at my own speed. Michelle and I know how important it is for us to have our own experiences and hike our own hikes, but hiking with a partner is different than solo or as a group. We’ll both have to make compromises and take care of one another.

Using a Tarp Instead of a Tent

I wasn’t a fan of cowboy camping on the AT and CDT but it grew on me. The simplicity of not setting up my shelter before bed and being “closer” to my surroundings means I’m a convert.

Our approach we’re taking for the PCT is cowboy camping 90 percent of the time. Whenever the situation dictates using a shelter we’ll be switching away from a single-wall enclosed tent to a tarp. I’m confident pitching a solid A-frame tarp, and the weight and bulk savings in our packs will be huge. I’m trying to decide whether a bivy will be necessary with the tarp. We can sleep inside the bivy when cowboy camping to protect our sleeping pads from thorns. The main reason would be for extra rain protection under our tarp. I’m not sure whether a bivy is the best option or a piece of Tyvek will do. If you have any thoughts on bivy/Tyvek/tarp combos for the PCT then leave a comment below.

I’ll be Running More in Preparation for the PCT

I’ve written previously on The Trek about how to physically prepare for a thru-hike and I’ll be taking that same approach again for the PCT. This time around, though, I’ll be adding regular runs to my training regime. I ran a lot in my early 20s but lost the spark for it somewhere. After reading a lot about the benefits of running and starting off slow I’ve got the running bug back. I’m no marathon runner but I once again enjoy running. I’m going to use running to build powerful lungs that can power me up some of the long, arduous climbs on the PCT.

Not carrying an emergency beacon on my AT and CDT thru-hikes is one of the stupidest things I’ve ever done. It’s a lot less necessary on the Appalachian Trail as the AT gets a lot of foot traffic but I still think it would be smart. On the CDT, however, we would go days without seeing anyone else. I was hiking in a group but there were many hours each day I’d be hiking alone in areas where one slip would mean serious trouble. Having a Spot Messenger could have saved my bacon in a scenario like that. I picked up a used Spot Messenger on eBay and will be attaching that sucker to my pack for more peace of mind.

Changing My Approach to Trail Food

I’ll put together a blog post on food for the PCT but here are a few ways I’ll be taking a different approach to food on the PCT:

I want to spend less money on food: Food is one of the biggest expenses on a thru-hike and I want to try to budget more efficiently next time.

I want my food bag to be lighter: Food is heavy! By choosing lighter-weight food I should be able to save a good amount of weight in my pack. This also goes well with the point above; if I spend less money on food there will be less of it and my food bag will be lighter. Boom!

On the AT I used my cell phone as a camera. I vlogged the entire trail but I took very few photos, less than 100. Fast forward to the CDT in 2017 and I’d discovered a love for photography and bought myself a camera. I still didn’t take enough photos, though. I took around 1,000 photos, which seems a lot but you need to take a lot of photos to get good photos. When I got back after the CDT and started to edit photos I realized I had a lot less good stuff than I thought. On the PCT I’ll be taking a similar approach to photography by carrying my large camera again but I’ll be taking a lot more photos.

I plan on using a bounce box while on the PCT. There are a few reasons for this. Being able to transfer and back up my photos on a regular basis is super important so I’ll pack an old computer and external hard drive. I want to carry some harder-to-find food items like specific seasonings, dehydrated veggies, and supplements. I also want to store items that I may not need at the start of the trail but will want later. These include rain pants for Washington and a bug bivy for the mosquitoes in Yosemite. I’ll get a good-sized box that will hold what I need and send it farther down the trail to pick up every couple of weeks.

These are just some ways I’ll be taking A different approach on the PCT. I’ll be using a lot of new gear for the PCT and will go into depth on the changes nearer the time. Thanks for taking the time to read this and drop any comments or questions below. Cheers, Pie